Chucky from The Bride of Chucky (Kotobukiya version) 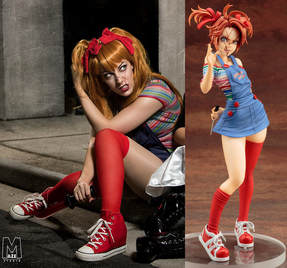 Completed: 100%
Cost: $10?
Hours to Make: N/A
First worn at: NYCC 2016
Inspiration: This was originally meant to just be for a Costume Super Centered sponsored photo shoot. So I wasn't modifying anything on it, and was able to use a wig I already owned. The only thing I needed was a knife and to do some fun makeup. So when it came time for Uncanny Megan and I to decide what silly cosplays we wanted to wear to NYCC this came up. Now for those of you that do not know how INSANE NYCC is, this is a convention that I personally refuse to wear big, elaborate or delicate cosplays to because it is always so crowded. So wearing easy to move it cosplays that also have flat foot wear are A+ for me. We also, very unintentionally ended up looking like the Kotobukiya statues.
Easiest Task: It was all fairly simple.
Hardest Task: Doing the makeup?
Photos by Maze Studios 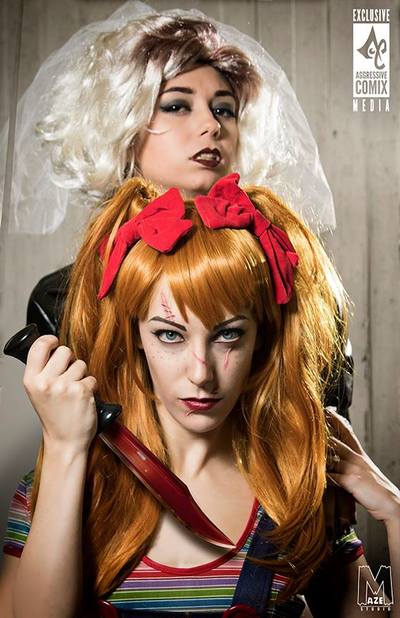