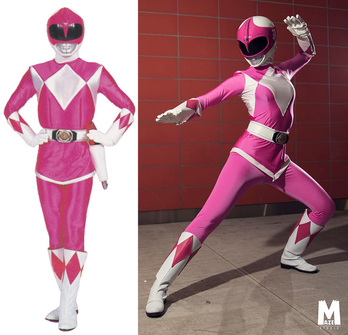 Completed: 100%
Cost: $399
Hours to Make: 20
First worn at: Awesomecon 2015
Inspiration: Let's face it, I was a huge nerd for the Power Rangers when it came out in the 90's. To the point where I had every Pink Ranger action figure, accessory, t-shirt, and even a Halloween costume. I wanted to be the Pink Ranger when I grew up. A spent many hours playing in the yard, jumping off my swing set, imagining I was fighting putties. So it seemed only natural that when I did grow up that I needed to cosplay the Pink Ranger.
Easiest Task: The leggings and top were fairly easy. I had to draft out the tops diamonds myself- which was some guess work and I ended up making the diamonds about 4 times because I wasn't happy with how they laid.
Hardest Task: I would say the helmet- if I had tempted to make it myself- but I didn't. I put my faith and money in the hands of a professional: Legacy Concepts. Who turned out one killer helmet for me! So maybe again we come back to say the gloves gave me some trouble. I also had to take them in twice because each time I made them they were too big on my fingers.
Photos by Maze Studio. 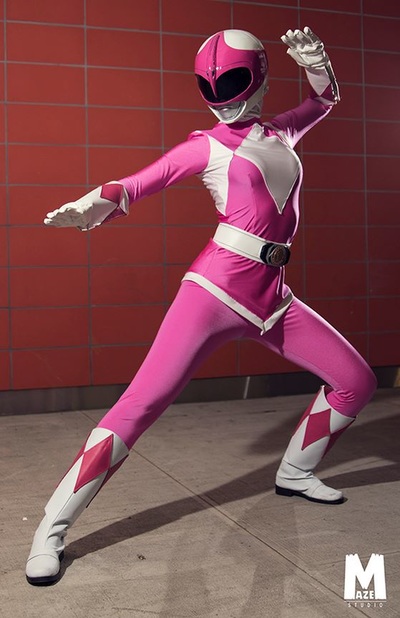 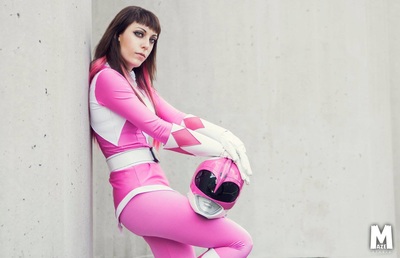 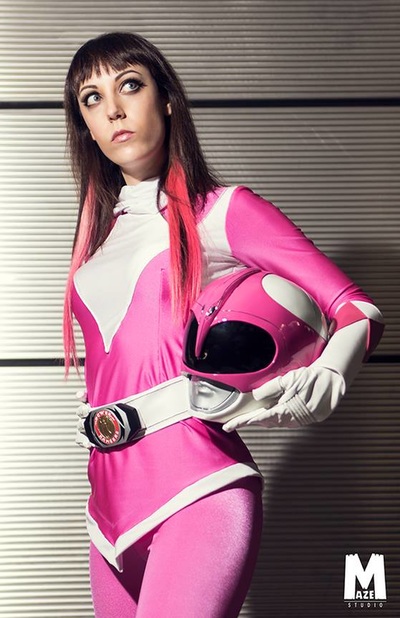 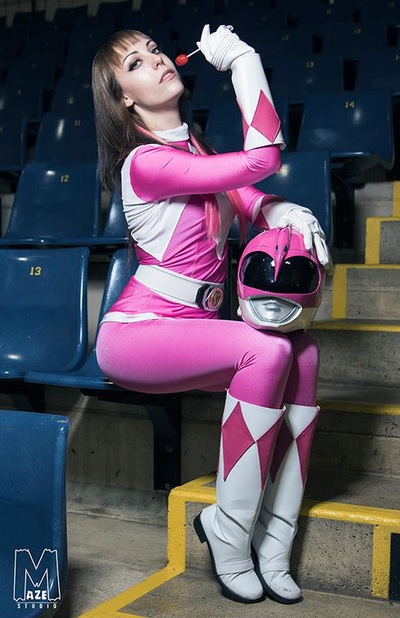 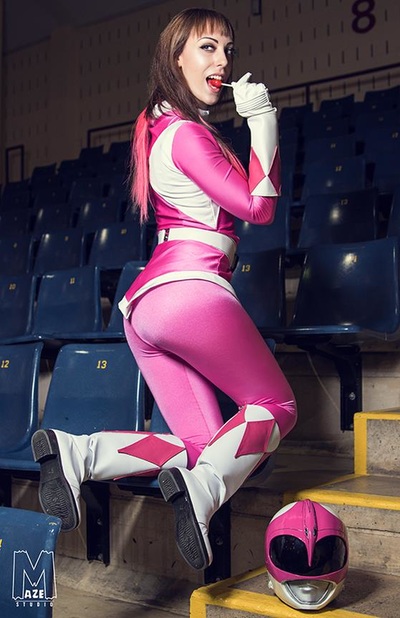 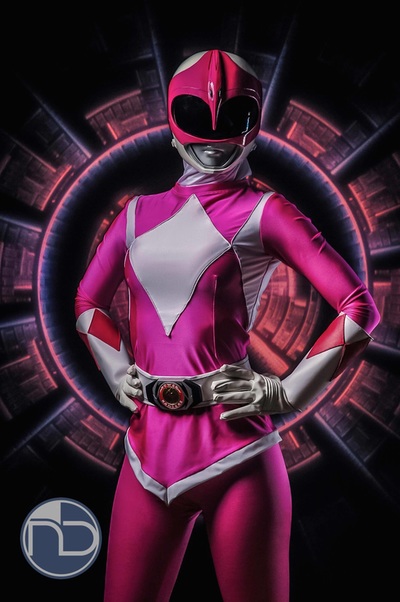 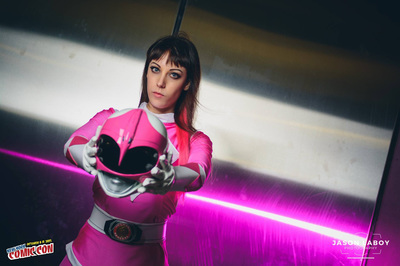 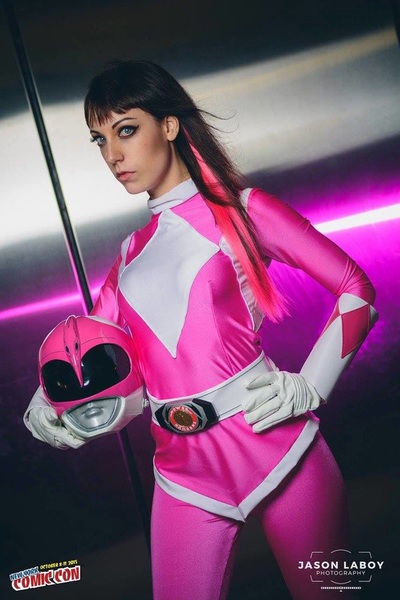 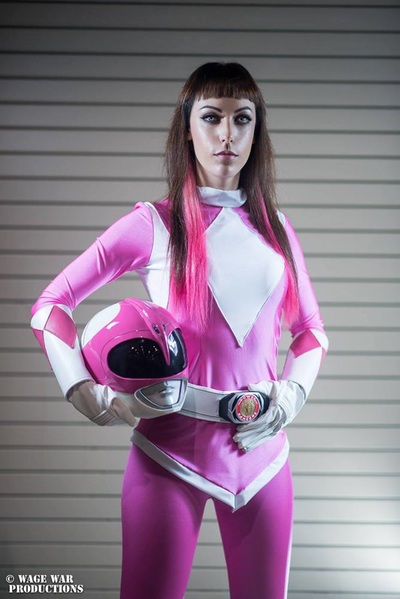 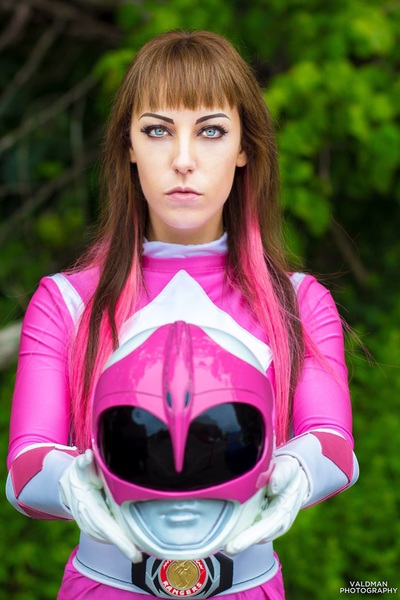 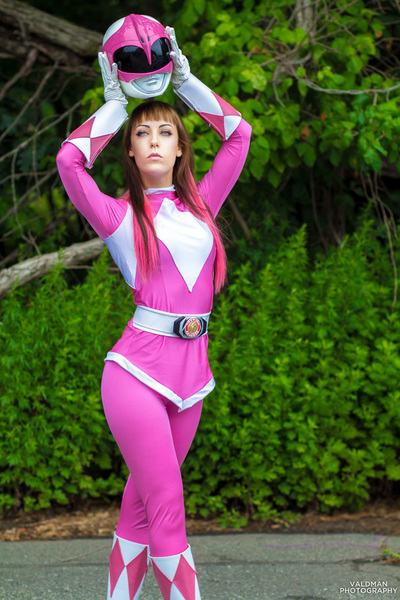